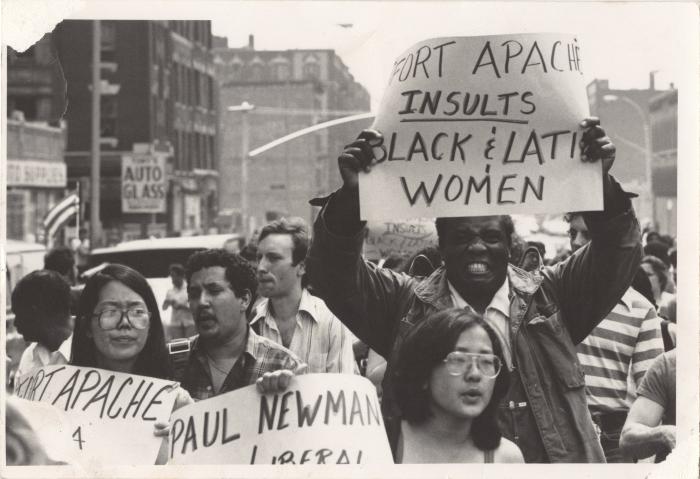 South Bronx crowd protesting film "Fort Apache, The Bronx" as an insulting depiction of the area and its residents, 1981. A tagline from the 1981 film "Fort Apache, The Bronx", directed by Daniel Petrie, proclaimed, "Fifteen minutes from Manhattan there's a place where even the cops fear to tread." The film's brutal depiction of the South Bronx neighborhood and residents, mostly Black and Puerto Rican, caused local community groups to protest, and a lawsuit against the producers threatened. As a result, several changes were made in the movie script, and a disclaimer was added next to the film's title.

The Bronx (is referenced)