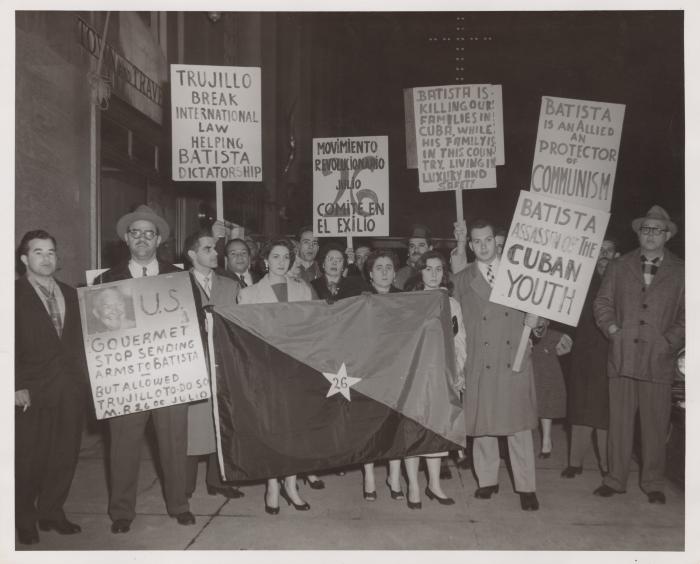 A protest against the Batista and Trujillo's dictatorships

Protestors against the regimes of Fulgencio Batista in Cuba and Rafael Trujillo in the Dominican Republic, and United States government involvement, New York, NY. A movement against the Batista regime in Cuba and the Trujillo regime in Dominican Republic was portrayed in this photo. People were holding posters and a flag. One of them read: "Batista, assasin of the Cuban Youth", another read: "U.S. Government stop sending arms to Batista but allowed Trujillo to do so" and had a photo of the U.S. president Dwight Eisenhower.